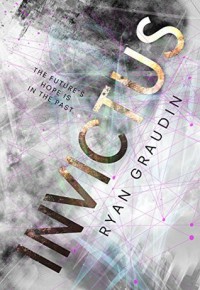 - The beginning. Of course, you can tell immediately where this is going, and that there’s going to be another proposal to offset the bad news, and you can guess what that proposal will be, but it’s OK because it’s why you’re reading the book. Well, why I was reading it, at any rate.

- Some aspects of the world building, with the idea of trained people going back in time to record events, and having to follow specific rules to avoid creating paradoxes. It makes a lot of sense, since the ‘grandfather paradox’ is definitely not the only risk in such a setting: it’s obvious that you wouldn’t want to kill your own grandfather if you hope to be born someday… but it’s much less obvious that even ‘small’ actions like gambling in a casino can have consequences, for instance by preventing the ‘normal’ winner from winning, in turn preventing them from doing things that should normally have happened, and so on. The most noticeable actions aren’t the only ones that can change the world.

- The crew’s dynamics. I have a soft spot for heist stories carried by a crew (ship, spaceship, band of misfits, whatever), and when the latter works well together, it’s even better. In itself¸ this part wasn’t the most exceptional ever, but I could feel the ties uniting them, and that was good.

- Diversity. Priya is obviously of Indian origin, Gram is dark-skinned, and Far also has inherited a darker complexion from his father. It’s not mentioned more than once or twice, but it’s good to see.

- The book was entertaining, I wanted to know how the story would go (good thing I’ve been on sick leave and with time on my hands to rush through it, huh), and in general the action and tension scenes were gripping.

- The romance. I’m not particularly keen on romance in general, for starters— in my experience 90% of such subplots, when they happen in stories whose main genre is not romance, are there because it’s what people (or the market, or publishing houses, I’m never really sure) expect. As a result, the romance feels forced, and that’s the feeling I got here. I didn’t particularly care about Imogen having a crush, all the more since it led to some screen time being used up for conversations about boys and should-I-oh-no-I-don’t-dare. As for the romance between Far and Priya, it was announced very suddenly, its beginnings happened off-scene, and I never felt any real chemistry between these two. In a story revolving around an all-for-one type of crew, friendship all the way would’ve worked better for me.

- The lull mid-book, the part where they go to Las Vegas. Partly because of the romance-related conversations, partly because I wanted to shout ‘Seriously, characters, is partying and getting drunk the best you can do right now?’

- Some other aspects of the world building. Yes, I know I partially liked it. However, some elements were there for… no reason? Example: How can Priya be 17-18 and already a full-fledged medic, with mechanic skills to boot? When did she got time to learn all that? Or why do they eat synthetic food, why is ice cream so expensive? I felt the latter points were here to give a ‘science-fictiony’ sheen, but without explanations about why the world came to be like that, I can never fully buy it. (I’m not asking for a treaty about 24th century economics, but at least a couple of lines about the whys would be nice.)

- Part of the plot when it comes to Eliot’s involvement. First, it’d have been good to see a couple of successful heists before she appeared, so that the disruption she created would be even stronger. Second, the true reason for her presence is somewhat complicated, and may have worked better with a little more development. An example of what I felt rushed with that is how easily an antagonist character convinces other antagonist characters to work with him, towards the end, in order to stop her; it happened very quickly, wasn’t very convincing, and anyway, why didn’t he enlist his own after that, to add a strike force he could fully control?
(Side note: I found the names they used very confusing. I could deal with the endings, like FLT6, but the whole strings of numbers in the middle… I kept trying to imagine the conversation with Eliot speaking these numbers, and I’m surprised she didn’t make a mistake every two sentences when using those.)

- The characters, outside of their role as a group. As a crew, I thought they functioned together well; but as individuals, they felt flatter. They have their quirks, sure (Imogen dying her hair, Gram and his games), but quirks don’t make a full-fledged character. I didn’t really like Far, he had too much of the ‘strong ego/insufferable’ vibe without enough of the ‘dashing captain/charisma’ vibe, so to speak. Also, I would’ve liked to see more of Gram, for some reason I liked him best.

Conclusion: Cool concepts, with good action scenes. The book was an entertaining read, although it failed in other parts.